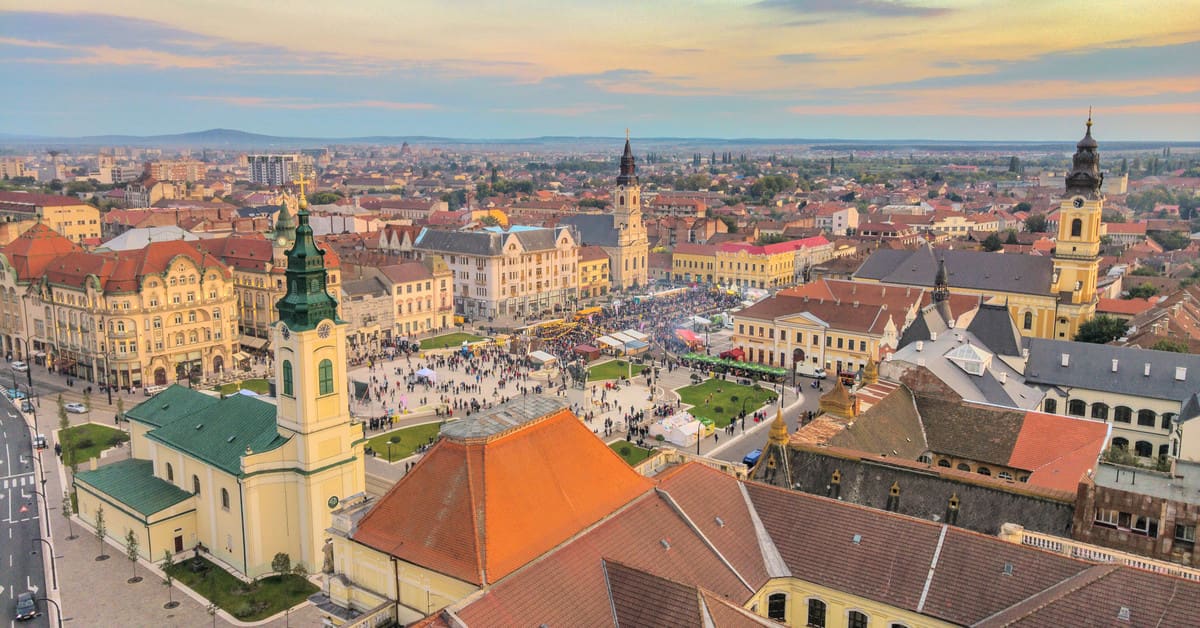 Oradea is located in the northwestern part of Romania, located just 12.8 km from the Hungarian border and stretching along both banks of the Krishul River, and is an excellent starting point for exploring Romania. It is best known for its baroque architecture.

Before the Principality of Transylvania, the Ottoman Empire and the Habsburg Monarchy, which contributed to the diversification of its culture, Oradea faced constant threats of flooding, and in 1836 much of it was destroyed by fire, and the present picturesque town was rebuilt in the 18th century according to the plans of the Viennese engineer Franz Anton Hillebrand ( Franz Anton Hillebrandt) followed the modern Austrian architectural style of the time, distinguished by its rich facades decorated in bright pink, blue, green and white, and in addition to numerous Baroque buildings, the town has a rich architectural collection in Art Nouveau.

Many beautiful 18th century buildings were built after the city became part of the Habsburg Empire. The Catholic Cathedral of the Assumption of the Blessed Virgin Mary deserves attention. In front of it there is a statue of King St. Ladislaus.

You can walk along the pedestrian street of the Republic, visit the main square of the city – the Union, in the centre of which there is a monument to the ruler of Wallachia, Michael the Brave. Here is also the temple of St. Adislaus from the first half of the 18th century, the pompous palace “The Black Eagle”, the Orthodox church, which was nicknamed “Lunar” due to the fact that its unique astronomical clock is able to show not only the time, but also the lunar phases.